Pete Viol said his primary goal is to raise awareness about how heart disease presents itself differently for women after suffering a personal loss
Jul 21, 2021 7:00 AM By: Keegan Kozolanka 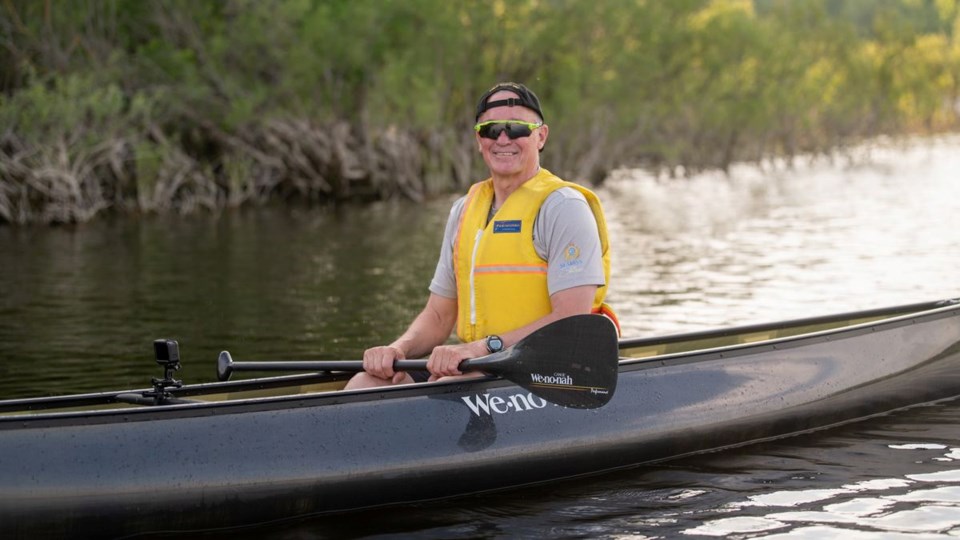 A retired police officer from Fergus isn’t taking it too easy during his retirement as he intends to canoe across central Ontario.

First and foremost for Viol, he explained in a phone interview, Canoe for Cardiac Care's purpose is to raise awareness of women’s heart health issues which has impacted him directly.

Although his late wife did not receive care at St. Mary’s, he said they have an excellent cardiac centre that serves the Centre Wellington community.

This is his fifth year of fundraising for the cause which has seen the former Waterloo Region police officer bike across Canada and the U.S, raising over $110,000 for the hospital in the process.

“I’ve covered Canada from the Atlantic to the Pacific and I’ve covered North America from the US-Mexican border to the Arctic Ocean on my bicycle,” Viol said.

After having enough of biking, he walked the Bruce Trail last year but a bad knee had him shift to canoeing so he can have a seat for a lot of the trip besides a few portages around the locks.

His journey will begin in August in Port Severn and travel east through the entire Trent-Severn Waterway to Lake Ontario.

From there he will go across the northern shore of Lake Ontario to Kingston and up the Rideau Canal system where he will finish in Ottawa.

He said he’s looking forward to exploring Ontario on this journey, particularly along Trent-Severn Waterway.

“It passes through some fairly significant and important Indigenous areas, it’s sometimes known as the land between,” Viol said, clarifying it means the land between the Canadian Shield and the Great Lakes.

The trip will work out to be about 750 km, although Viol said that number isn’t official as the Lake Ontario distance is still to be determined.

More information and how to donate can be found here.

Would you rather age at home or in a long-term care facility?