A group who would regularly play shinny have bought the rink and are seeking a new site to keep the sport going
Jun 9, 2021 8:44 AM By: Keegan Kozolanka 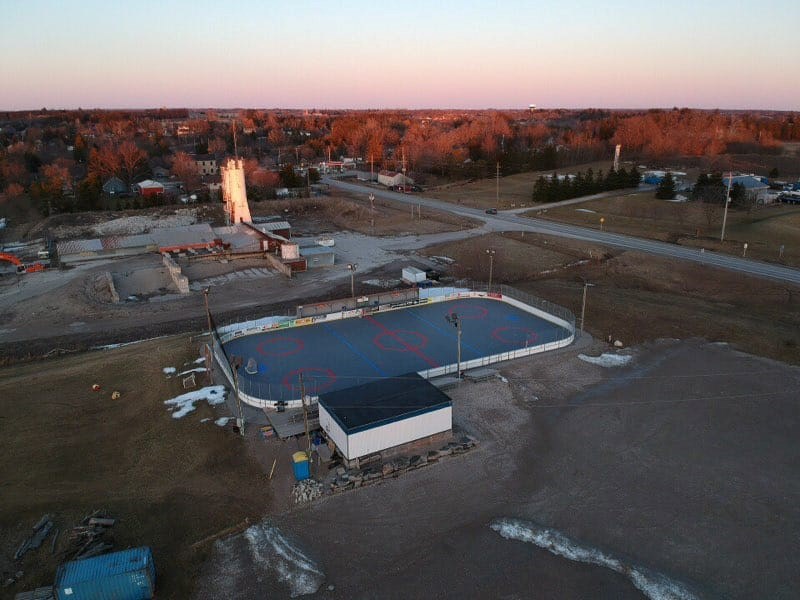 It was a cold Sunday in between lockdowns earlier this year when a group playing shinny at the Centre Wellington Ball Hockey Club rink learned it would be the last time anybody played at the property.

Blake Cudmore is part of a group that “religiously played shinny on Sunday nights” and said they decided to come up with a plan to save the rink.

“It started with a couple of us saying ‘I’ll kick in a couple thousand bucks if we can buy the rink,’” Cudmore said.

Jim Ranahan, former owner of the Centre Wellington Ball Hockey Club property on Wellington Road 18, said they were another victim of the pandemic.

“We’re a victim of circumstance, zero revenue but lots of expenses so something had to give,” Ranahan said.

Cudmore explained the rink would normally be in use every night of the week in spring, summer and fall for leagues, tournaments and shinny.

Cudmore figured over the nearly 10 years since it opened there have been thousands of members that have used the privately-run facility.

It was then reduced to just one abbreviated season of ball hockey for men, co-ed and ladies over a year-and-a-half of a pandemic. The owners, who also run Royal City Ball Hockey in Guelph, couldn’t hold on any longer.

“Financially it made more sense for them to operate in Guelph and with great sadness,” Cudmore said. “I don’t think either one of them wanted to stop running either of the facilities.”

The rink is now gone from its original home but it is in storage awaiting a new potential site. Cudmore couldn’t say where it was as it has not gone through final approval but they’re excited they get to keep the ring.

The group has corporate donors for all the LED lighting and the price they paid for the rink was “more than fair” but there will still be some fundraising required.

“All of that stuff has to be put back together on the new site built and put up...it would be nice to say it’s free but it’s not,” Cudmore said.

“We’ve talked to several old members and everybody has kind of said ‘I’d be willing to donate.’ We’re also going to apply for a couple of the federal grants that have come out of COVID-19...we fully intend to raise the funds to hopefully have the facility operational by late-summer.”

Ranahan said he’s happy Cudmore has come along with a “band of merry men” committed to the passion of the sport.

“We’re going to revitalize CW ball hockey as it goes and open that back up,” Ranahan said.

As one of the founding members of the Centre Wellington Celtics basketball program, Cudmore stressed the importance of having recreation options in the community.

“I think it’s important that our kids are active and our adults are active and we need these kinds of programs in the town not going away because of COVID-19,” Cudmore said. “We need to keep them as we’re a growing community and we need to expand on what we have available...we have to try to save it.”

Ask about our specialty services today!

GIC Rates have gone up! Check here for the most up to date rates.